MICRODOSING: What Is It and Should I Do It with Cannabis?

“A good rule of thumb, when it comes to using any drug, is to use the least amount possible, because I just hate it when someone smokes all the weed until it’s gone!” said a self-proclaimed Weed Conservationist.

There’s a story from the late nineties about a physician in his sixties that had a severe heart condition and told he had less than a year to live. The dude wasn’t a pot head, he barely ever tried it but his patients on the other hand kept suggesting he try it to see if it helped his heart. You know what? In less than a year his heart was normal, now I’m not saying the weed fixed his heart but it sure seems like THE WEED FIXED HIS HEART! Seriously though, there’s absolutely no way to correlate his recovery to the cannabis use although the doc said it really helped with his depression by giving him something to really look forward to. The nootropic effects for him created some really positive vibes and that’s good for everyone’s heart, isn’t it?

Over the next few years, the good doctor did his research on the hemp plant and its many cannabinoids. Around 2006 he opened a clinic (some say this was one of the first medical marijuana businesses in the U.S.) and developed whole plant oil formulas with different combinations of THC. If you’re not familiar, this is the stuff that gets you high, he also made CBD formulas, CBD is one of the many cannabinoids that doesn’t have psychoactive properties. Here at Hemp Lively we believe CBD has a plethora of healing properties and benefits still yet to be discovered.

CHECK THIS OUT:  American High: State-by-State Guide to Legal Pot

What the doc found was most patients were realizing a major benefit from doses as low as just 3 mg of THC a day. He would often say “the correct dose is the minimum effective dose. PERIOD.”

So, What’s The Lesson Learned Here?

We don’t have to get stoned out of our minds to benefit from cannabis, people everywhere are reaping the benefits without having to deal with the paranoia and lethargy. A little goes along way with cannabis and a microdose can boost creativity, help regulate your mood and supercharge a workout. Here’s a little anecdote… a 29-year-old tech entrepreneur says that taking little hits throughout the day gives her motivation to attack the day while dispelling stress and tension that usually accumulate during the work day.

Cannabis Pharmacy. a book written by author Michael Backes, is a great read. Michael says once we get passed this bullshit prohibition, microdosing will be the most popular way people consume cannabis. There are a couple of small problems though, finding the right small dose and the products that will deliver it.

As most of us have figured out by now, there’s no one size fits all when it comes to substances. I’m not a big guy nor am I Irish but I can drink a 750ml of bourbon then drink some beers and hold a conversation with a law enforcement officer and they’d have no clue I’ve been drinking… ok maybe one beer after.  Then you’ve got the person we all know that has one stiff drink and they’re getting asked to leave Chilli’s for dancing on the bar.  Cannabis is no exception; some people can consume massive quantities and then consume some more.  Most people can share a joint with their buddy and they’re high for several hours. Another person is dialing 911and reporting they’ve died. There’s just no majority response.

The endocannabinoid system, which can vary from person to person supports THC and CBD. Biodiversity must always be considered here; human beings and other animals have cannabinoid receptors found throughout the body in tissues and organs, particularly in the brain. Our bodies manufacture chemicals that fit like puzzle pieces in these receptors in order to regulate and balance the bodies systems. I’m talking about things like nerve signaling to the immune system and digestion. No one knows for sure if this is a coincidence or plain old evolution. The cannabinoids in the plant actually mimic the endocannabinoids in the human body. 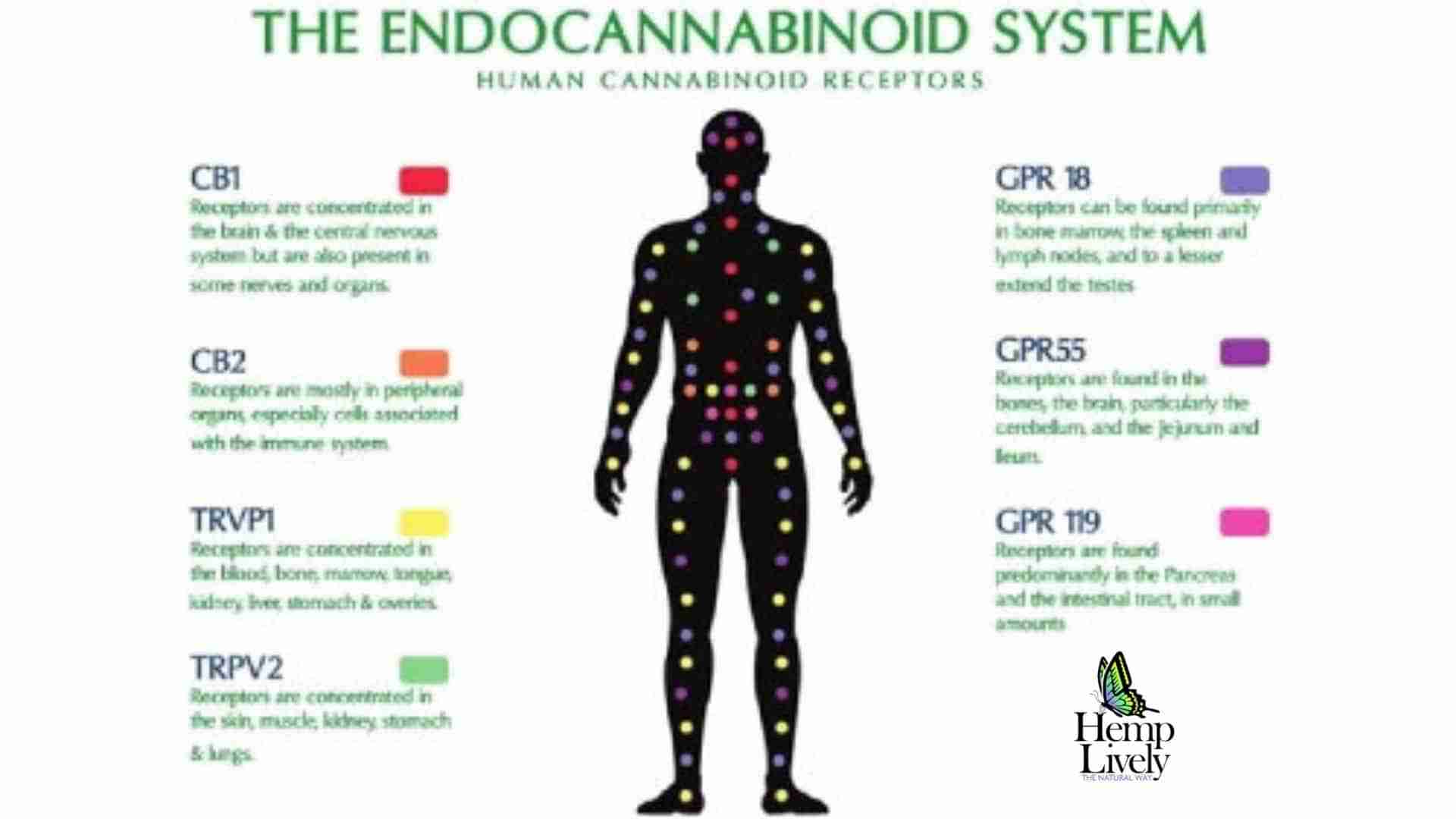 Here’s another one for you, in Maine theirs a physician and Reiki healer (I know, stay with me), who’s been in business since 2009 believes environmental toxins and microbes take us out of balance. In his cannabis medicine practice, he preaches that the endocannabinoid system brings us back to homeostasis. He says “Our bodies are already working to prevent dementia, reduce inflammation, and respond to any pathological process. If we can enhance the functioning of that system with a little bit of extra THC, we can benefit.”

The 37-year-old, ponytail wearing doctor developed his own microdosing protocol. “I discovered that most people have a certain threshold of cannabis,” he says. “Below it they’ll experience a gradual increase in health benefits, and above it they’ll start building tolerance, experiencing diminishing benefits and more side effects, like short term memory loss and clumsiness.” He adds, “I can’t tell you your perfect dose, but I can teach you how to find it for yourself.” 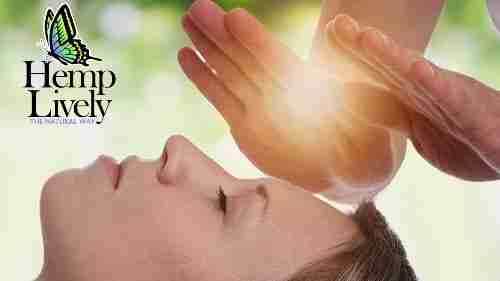 He describes his system like this… “Abstain from cannabis for two days. On day three, consume one milligram of THC and one milligram of CBD, preferably in a tincture or oil where they can be measured precisely. Before consuming, ask yourself three questions, and answer on a scale of one to 10: How easy is it to breathe, how comfortable and calm does your body feel and how easy is it for you to smile authentically, to feel content and grateful?”

DON’T FORGET TO WRITE DOWN YOUR SCORES

After writing down your scores, he says, you take the cannabis, wait 45 minutes and ask the questions again. If there’s been no change in your scores and you’ve felt no effect, increase the dose by one milligram.

“You repeat this process over the next few days,” he says, “increasing the dose by small increments. When you reach a point where you feel a difference after consuming, you’ve found your minimal effective dose.”

He was asked how he treats hardcore users That have developed a high tolerance. He said they begin by not using cannabis for a minimum of 48 hours. “That’s all – that’s the magic time when tolerance gets re-set.” During that time, he tells them to exercise and eat foods that support the body’s health. Then they use the same protocol as new cannabis users, slowly increasing the dose until they feel some effect.

Afterwards he did a survey of users that tried his methods and they were using less and saving money with better results. Hey if you’re a regular user you’re using less which is better for the smoker’s lungs by reducing exposure and you’ll have less side effects.

One thing that he believes that goes against the mainstream is that THC isn’t just for recreational and CBD is best for medicinal. He actually believes THC has the Lion’s Share of therapeutic benefit. He says “THC, milligram for milligram, has a much greater therapeutic effect than CBD. You could treat pain with 3 mg of THC, but it might take 15 to 30 mg of CBD to attain the same relief.” He recommends combining the two compounds for overall wellbeing and disease prevention.

The real stumbling block is with the info provided, it’s really difficult to find product that breaks down the per milligram amount of each cannabinoid. Carter Casad, the head of research and development at The Farm, a popular dispensary in Colorado, says he’s never  “seen or heard of products that are labeled for microdosing.”

The highest selling hemp oil in the U.S. is Charlotte’s Web Hemp Oil and even they don’t list the milligram breakdown in each dropper. They claim this is in order to stay off the FDA’s radar and comply with regulations and if people call customer service at CW Hemp, “they can learn how to measure CBD content.

The bottom line is we’re on our own when it comes to figuring out the proper microdose between felling high and not feeling high.

FROM POTHEAD TO BUSINESS WOMAN

A former Manhattan exec that went to school in upstate New York smoked weed on the regular as a student, once she started her career, she quit. “The workplace wasn’t an environment where you could be open about it,” she said.

After changing to a new job in Boston, she was working about 75 hours a week and taking anti-depressants. She suffered a seizure caused by the anti-depressants and had to quit them. She started reading about the benefits of cannabis and how it might help with depression so she incorporated small amounts into her daily wellness routine. “I had a major fear that I wouldn’t be able to write or work,” she says. “I’d slack off and produce less. But it’s been just the opposite. Microdosing has helped me focus and accomplish more.”

She moved to Colorado in 2015, there she found that with recreational use being legal in the state, “You have the luxury of trying an infinite variety of strains until you find what rings your bell. You can’t do that in a non-legal state.” She started buying grams of new strains, tested them, and tried different combos and doses. “It took quite a while to find what works,” she said. “I’m currently taking a tincture that’s 5 mg of both THC and CBD. Then I’ll take a puff of a certain strain three or four times a day, if I’m feeling at the end of my runway, or if I’m about to go into a meeting where I need a fresh perspective.”

When asked if she’s concerned about becoming addicted. “No, because I take breaks for several weeks,” she says. She does worry about her tolerance rising, so she keeps records of her consumption, and if it starts climbing, she cuts back.

She hasn’t had a seizure since moving to Colorado, and believes CBD has helped prevent them. “But there’s something about the THC in sativa strains that I enjoy,” she says. “It lifts my spirits – gives me a sense of playfulness.” She pauses. “And I’m still getting a ton of work done!”

Marijuana is recreationally legal in eighteen states, from Oregon to Massachusetts as of 2021.

The US Government Is after Delta-8 THC

CBD: An Alternative Treatment for Symptoms of Osteoarthritis?

Can Cannabis Actually Help Someone with Eye Conditions Like Glaucoma?