THCV, or Tetrahydrocannabivarin, is just one of dozens of THC variants in the same family as Delta 9, Delta 8, Delta 10, and THCA, to name a few.  However, this THC is extremely unique because unlike most types of THC, THCV has energizing effects, perfect for a pre-workout, focusing on a work assignment, or getting creative in the studio.  This, “made for daytime” THC has surprised the cannabis industry with how different its effects are when compared to Delta 8, 9, or 10.  Is it really that different?  Let’s take a look at the similarities and differences between Delta 9 and THCA, its pharmacology, formation, effects, uses, and which Hemp Lively products have THCV in them.

THC (Delta-9) and THCV are similar in several ways.

This Ying Yang relationship is yet another example of how special and complex Hemp, and all cannabis plants, are.  It also opens yet another door for more scientific research.

How is THCV made?

The process of THCV being created in Hemp is different from THC or CBD.  Working backwards: 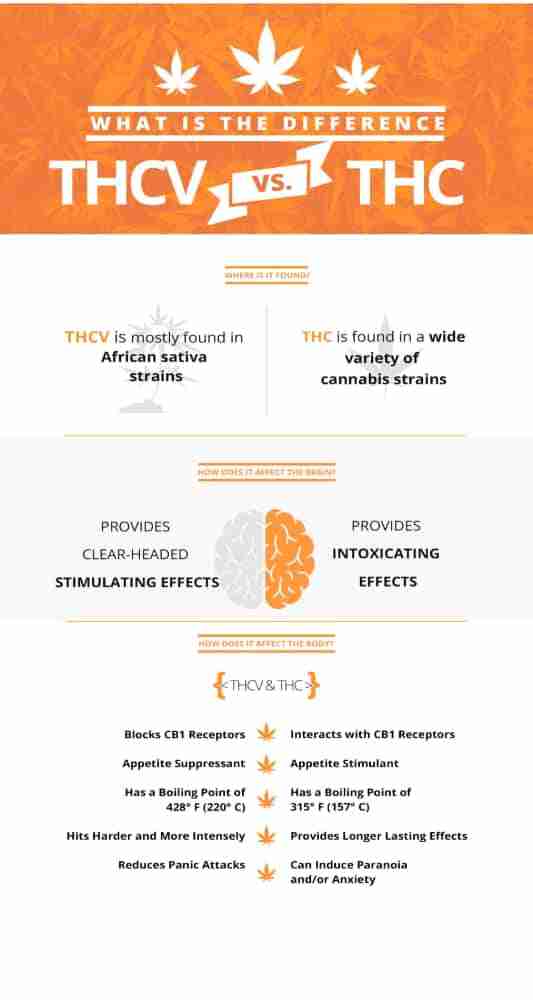 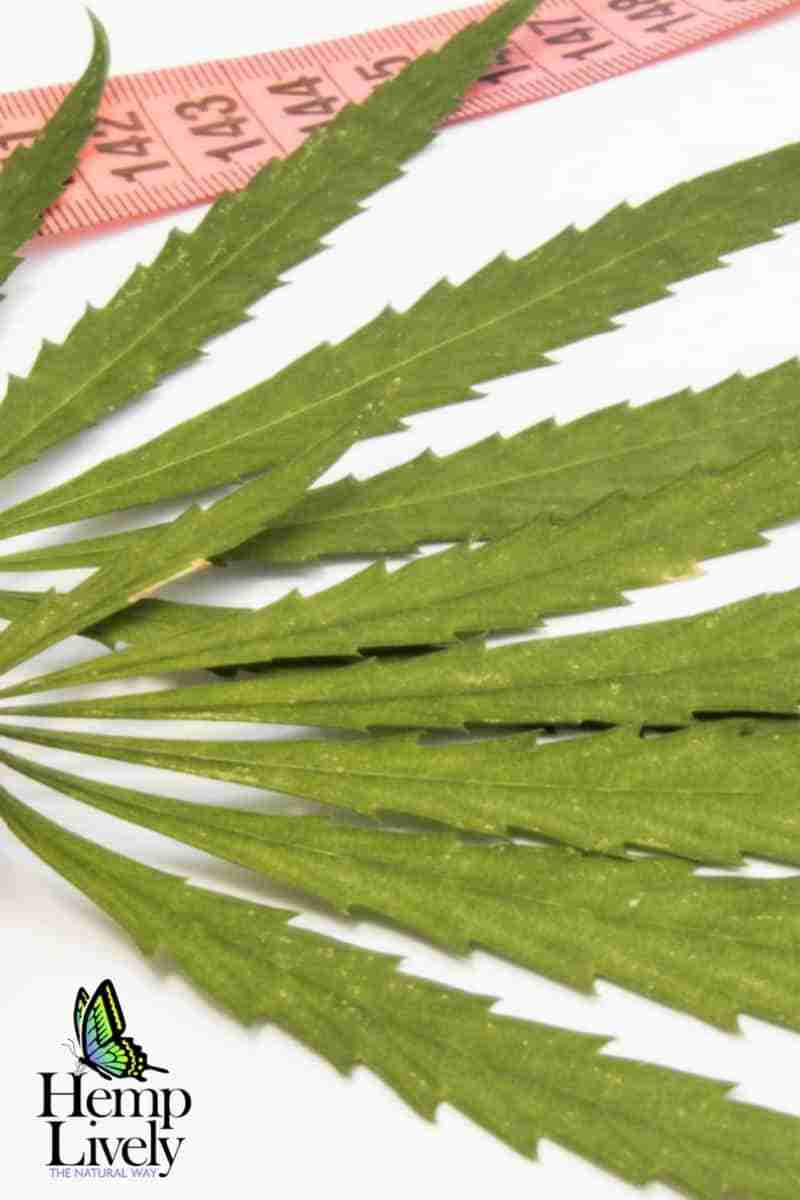 THCV for Diabetes and Weight Loss?

I know.  It sounds ridiculous even thinking any type of THC could actually help assist in losing a few pounds.  Recent scientific studies have shown preliminary findings that THCV may be a contributing factor to lowering your blood sugar.  Therefore, THCV is a new potential treatment against obesity-associated glucose intolerance. In fact, GW Pharmaceuticals is studying plant-derived tetrahydrocannabivarin for a potential combatant to type-2 diabetes.

THC increases appetite (aka “the munchies”) by acting as a CB1 agonist.  THCV, on the other hand, acts as a CB1 antagonist.  So, THCV may be a great way to curb those cravings.

There are several cannabinoids present in the cannabis plant (Cannabis sativa, Cannabis indica, and the lesser-known Cannabis ruderalis). The main focus has been on tetrahydrocannabinol (THC) and cannabidiol (CBD) in the last few decades. However, this doesn’t mean the lesser-known cannabinoids are not helpful or valuable.

In this article, we take a comprehensive look at one of these lesser-known cannabinoids, tetrahydrocannabivarin (THCV).

THCV boasts impressive medical properties thanks to its interaction with the endocannabinoid system in the body. It is useful in the growth and repair of bone tissue, weight loss, and so on. Unlike THC derived from marijuana, THCV has little to mild psychoactive effects.

Let’s Get to know THCV

Similar But Not The Same

Tetrahydrocannabivarin (THCV) is a compound derived from cannabis with special properties that make it different from common cannabis like THC (tetrahydrocannabinol). One of the distinguishing features of THCV over THC is the absence of psychoactive properties and ability to supress appetite.

The medical benefits of some of the extracts from Cannabis sativa have been well documented. CBD, THC, and THCV are the primary constituents of Cannabis sativa.

THCV is popular for its ability to suppress appetite (this is very helpful for weight loss) and stimulate bone growth. It is also known for promoting clear-headedness, among other things (more on this shortly).

THCV is an acronym for tetrahydrocannabivarin. Just like other cannabinoids (THC and CBD), it is found in marijuana and hemp plants. However, unlike THC and CBD, THCV oil presence in these plants is less than 1%.

There is very little difference between THCV and THC. On a molecular scale, THCV has two carbon atoms less than THC. However, both cannabinoids have different effects on the body. The fact that THCV has mild psychoactive effects means it is not restricted or banned. Nevertheless, at the same time, the psychoactive effects can be pronounced when THCV is consumed in high amounts. Studies show that THCV is between 20-25% potent as THC.

In recent times, THC has grown in popularity. The advances in science mean it is now possible to isolate the cannabinoid and turn it into a useful dose. Recent development in extraction methods means scientists do not have to spend a fortune to isolate and extract usable amounts of THCV oil. The coming years look good for lesser-known cannabinoids like CBC, THCV isolate, and lots more.

Below is a list of some of the uses of THCV.

THCV tends to help reduce insulin resistance while regulating blood sugar levels. There is a lot of research that show promising results in regards to THCV and its role in helping with diabetes

THCV plays an essential role in reducing panic attacks. It has the ability to reduce anxiety, especially in people with PTSD. One of the reasons why THCV is used to curb panic attacks is that it functions without suppressing emotions

THCV can stimulate bone regeneration and growth. Because of its role in facilitating the development of new bone cells, THCV is being considered for bone-related conditions such as osteoporosis 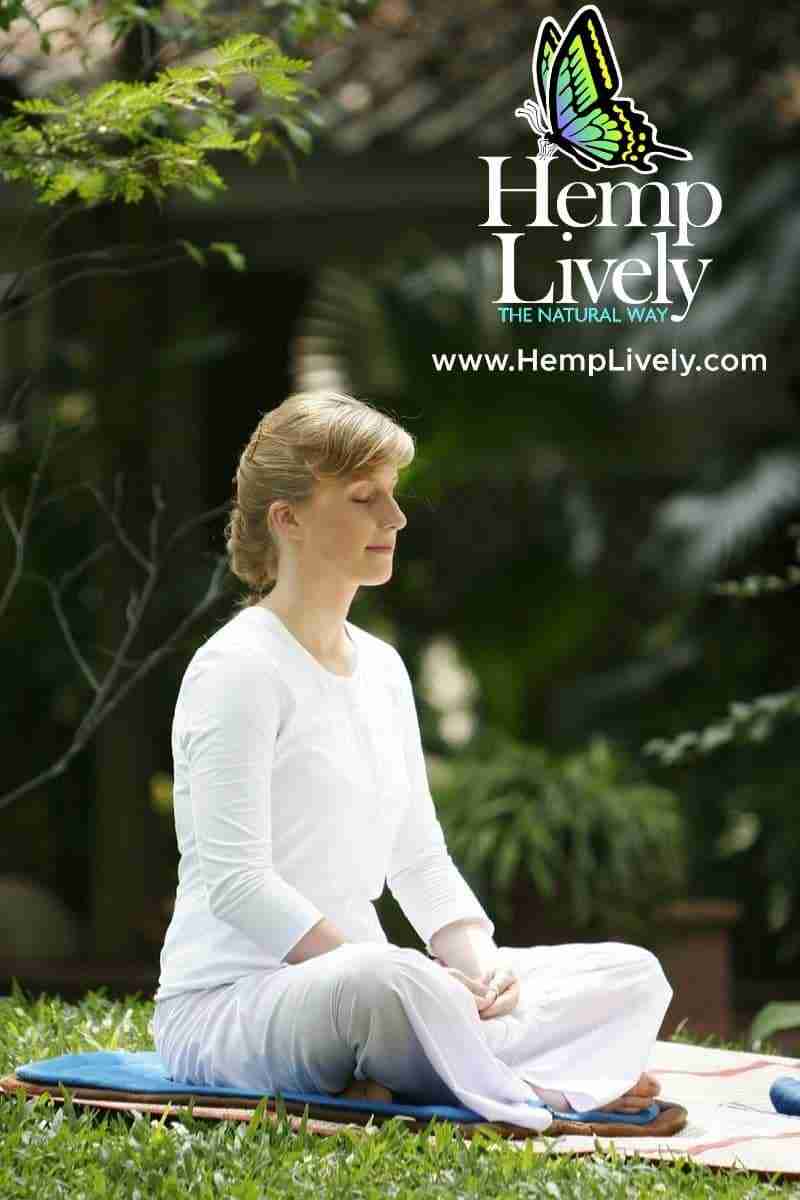 What’s the recommended dose for THCV?

Research around THCV and its applications is still in its infancy. From what we know, research suggests that effective dosing of THCV is similar to CBD and other popular cannabinoids. The effective dose is estimated to be about 5-50mg. Research continues and is ongoing in order to confirm the effectiveness of the dose mentioned above.

During research processes and studies of new compounds like THCV, tests and experiments are done in very high doses. The reason for this is to ensure that there is an effect, which would allow researchers to know if a compound is injurious or beneficial. This process was used in the early research process of CBD. Reports suggest that early studies on CBD involved the administration of well over 30 times the dose used now.

Before human tests are typically carried out in research studies, ample time is first dedicated to carrying out studies in animals. Animal studies revealed that effective doses of THCV ranged from as low as 2 mg/kg to as high as 30 mg/kg. In human terms, that would amount to as low as 136mg to as high as 2,040mg for a male weighing 150lb. In comparison to THC and CBD, that dose is more than 35 times the standard dose.

What’s the difference between THCV and THC?

Tetrahydrocannabivarin (THCV) shares the same physical and genetic properties as tetrahydrocannabinol (THC). Permit us to use a science term, THCV is homologous to THC.

Structurally, both compounds are differentiated by just two carbon atoms. Also, there are notable differences in how these compounds act.

Firstly, THC has high psychoactive effects on users (induces highness). On the other hand, THCV is mildly psychoactive but considerably weaker than THC. While the effects of THC are pronounced, that of THCV is much lower, resulting in clarity, clear-headedness, and mild visual or auditory changes.

Another notable difference between both compounds has to do with their respective actions on appetite. While THC stimulates appetite, THCV suppresses it. So, THCV might be helpful in weight loss, and THC not so much. 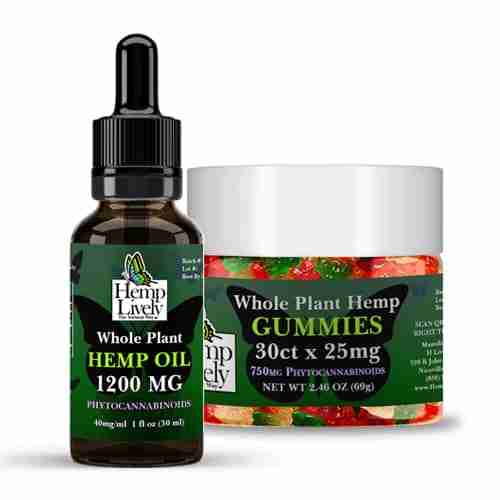 THCV is still lesser known than other cannabinoids. In fact, it was only in 2019 that the first sets of THCV products appeared on the market. Right now, the only THCV products on the market are tinctures, and even those are not readily available in high amounts as just a handful of companies are producing them. Currently, Hemp Lively offers WHOLE PLANT Hemp products products with small amounts of THVC, they have gummies, tinctures, vape oil and more.

There is ongoing research in cultivating High-THCV hemp strains to make up for the lack in the market. Hopefully, the next few years will bring substantial results in this field of research.

There are tiny amounts of THCV present in hemp flowers and leaves. Because of this, it takes a large part of the flower to produce any usable quantity of THCV. On the other hand, THCV is a readily available by-product of the CBD isolate industry.

During the isolation and extraction of CBD from hemp plants, other cannabinoids like THCV are produced as by-products. Even though the concentration of the THCV is small, the fact that so much CBD is produced on a daily basis means, cumulatively, there are substantial amounts of THCV produced as by-products. Finding THCV concentrates is not as common as CBD. A bulk of THCV extracts are mainly available in oil form in today’s market

THCV tinctures are one of the few THCV products available. There are only a handful of companies producing THCV. The majority of companies in the cannabinoids market focus on CBD while advertising their products as a source of THCV.

As more and more consumers realize the benefits of THCV, the demand for the product will skyrocket, leading to more THCV products entering the market.

THCV is legal in several parts of the world. While there is an argument for its mild psychoactive effects, it doesn’t amount to much as in the case of marijuana. The primary focus of regulators is the delta-9-THC component present in cannabis plants rather than other cannabinoids.

Therefore, THCV is given the same leniency as CBD. In places where CBD is legal, THCV is most likely legal there as well.

Getting THCV is a delicate affair. You should do well to carry out a thorough review of the place you intend to buy from. Only buy from reputable sources, especially those that have a reputable name in the CBD space.

Remember, THCV products from hemp are legal, while those from marijuana are not. To ensure you are buying the right product, check the side of the bottle to see its THC contents. Go for products with less than 0.3% THC or those that are THC-free.

There has been an increase in the number of research studies on THCV in the last few years. It’s still early on but the future looks bright.

For now, there are already positive results in terms of the Therapeutic benefits of THCV. 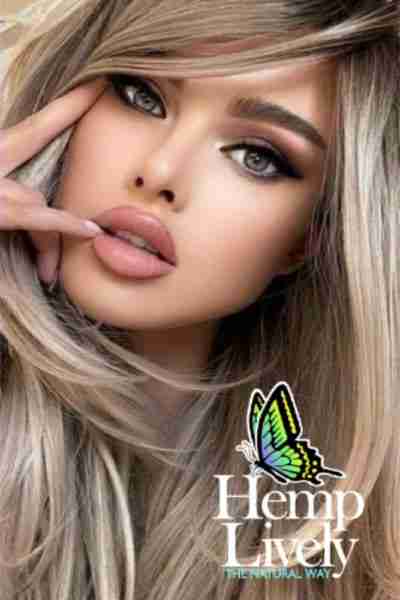 THCV is considered safe, just like a number of cannabinoids. Past clinical research indicates that it is non-toxic even when administered in large amounts to animals during the studies.

As mentioned earlier, THCV is an appetite suppressant. Although this feature is ideal for people who want to lose weight, it is not suitable for people with eating disorders. In addition, people already on medications that may reduce appetite should not take THCV products.

Overall, before using any cannabinoid products for treatment or pain relief, talk to your physician.

The Future of THCV

The last few years have seen an increase in the number of studies on THCV and its applications. As more research is done, we expect more useful applications of the product. In addition, more companies will produce THCV supplements to rival CBD and THC products.

While there is much hope for THCV in the future, the limited concentration of THCV in Cannabis plants means extensive production of cannabinoids will be difficult. We hope plant breeders can develop new plants, with high amounts of THCV. Until that happens, THCV will be in the shadows of CBD and THC in the cannabis industry.

Interest in THCV has been on a steady upward trend for the past three years.

As more compelling research is published, highlighting the usefulness of this unique cannabinoid, we expect to see a lot more companies jumping on board to produce THCV supplements in a similar way to CBD or THC.