Everything You Need to Know About Delta 8 THC

Delta 8 is a compound from cannabis that has become popular because it resembles THC. THC is the main compound in cannabis that gets you high, causing euphoria, comfort, sedation, symptom relief, and much more. Copious amounts of THC are in the majority of cannabis strains.

The similarities between the two cannabinoids lie in their chemical compositions and their names. THC’s scientific name is delta-9-tetrahydrocannabinol, or delta-9 THC, or just delta-9. Delta 8 is short for delta 8-tetrahydrocannabinol, or delta 8 THC. This version of THC can create results similar to regular delta-9 THC—but they will be much less intense.

Delta 8 and delta-9 are both kinds of THC. In everyday usage, when people refer to THC, they are talking about delta-9 THC.

Currently, the legality of delta 8 is unclear. Farmers can obtain it from either hemp or cannabis. Because of the 2018 farm bill, hemp can be legally grown and used for extractions across the United States. This makes delta 8 legal in certain states where delta-9 THC is illegal—occasionally.

Almost all delta 8 THC on the market today is produced from hemp-derived CBD. This makes it, in theory at least, part of a federally legal string of origin.

People in states where THC is illegal want cannabis products and are now watching delta 8 because it may be legal in their state. This is despite being less potent than regular THC. Many extractors are ramping up delta 8 productions to satisfy this new demand and sending it all over the US.

What’s the Difference Between Delta 8 and Delta 9 THC?

Delta 8, like delta-9 (regular THC), unites the body’s endocannabinoid system, which makes you feel high. Chemically, delta 8 and delta-9 are alike in that they both have a double bond in their structures. This double bond provides intoxicating effects that make you feel high.

The two THCs are chemically distinct in the placement of the double bond. Both cannabinoids have a series of carbon atoms. The difference is delta 8 has a double bond on the eighth carbon, whereas delta-9 has it on the ninth.

Delta 8 connects to the endocannabinoid system in a slightly different fashion because of its double bond location. This double bond is what causes delta 8 to be much less potent than regular THC. However, more research is needed on delta 8 and how it communicates with the body.

Can Delta 8 Get You High?

Delta 8 will get you the feelings of being high, although not as high as conventional delta-9 THC. For those residing in states where cannabis is illegal, delta 8 may be a legal way to feel some THC-like effects from cannabis.

Some users may even favor cannabis products that aren’t as strong as typical THC, even if they can legally purchase THC products. THC can cause adverse effects for some, causing anxiety or paranoia. Delta 8 may offer a smoother, milder high.

The Effects of Delta 8

Delta 8 users describe many of the same effects as THC, such as mild euphoria, comfort, uplifting feelings, and relief from some symptoms such as pain, although the compound is much less powerful. This version of THC can also aid with insomnia.

Side effects may be comparable to THC, including dry mouth, red eyes, munchies, short-term memory, paranoia, or anxiety. It’s crucial to note that delta 8 hasn’t had comprehensive study, and more research is necessary on its effects on the mind and body. 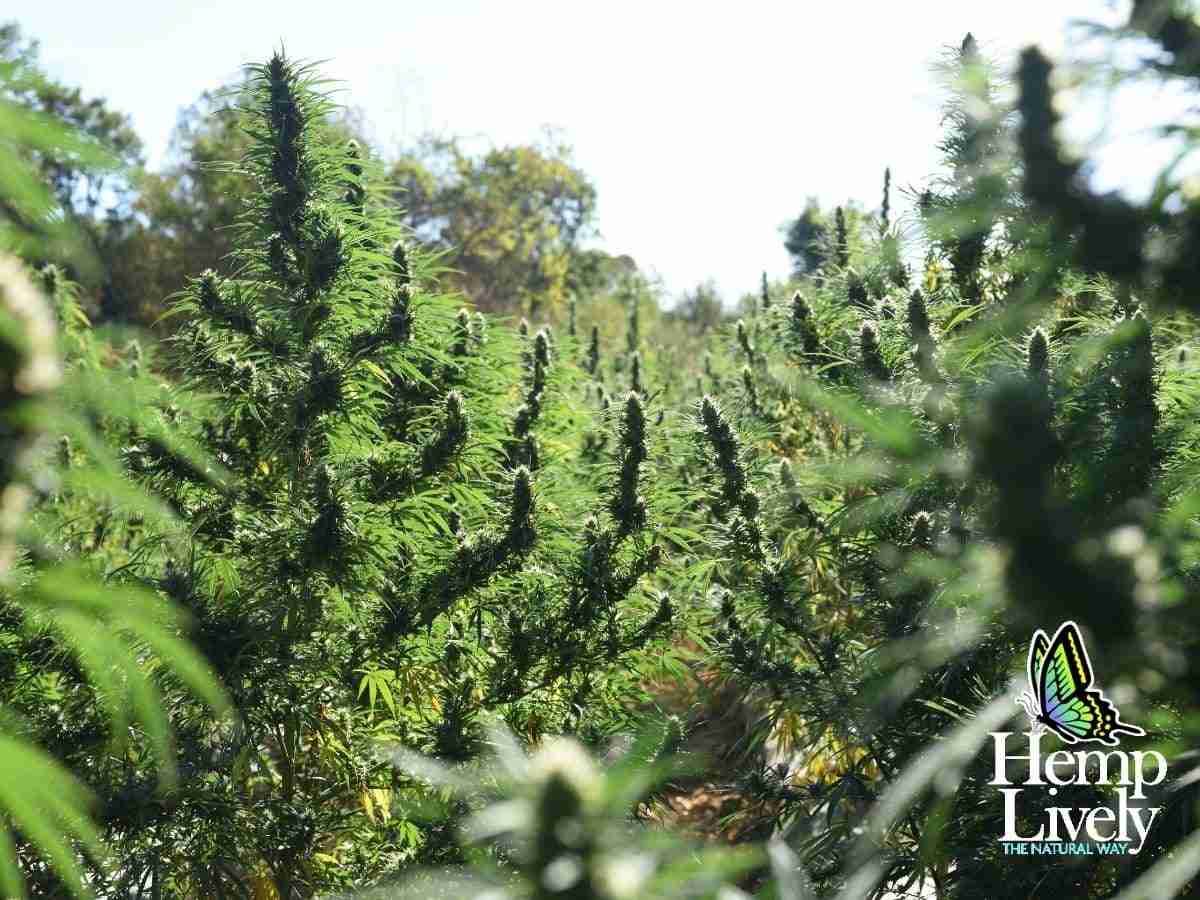 Delta 8 has more comparisons to THC (delta-9) than CBD. Both in its chemical structure and because it gets you stoned. Delta 8 THC connects to the body’s endocannabinoid system more like delta-9 THC. CBD doesn’t bind as quickly to the endocannabinoid system, making it non-intoxicating, although CBD can contribute medicinal benefits for the user.

If you are looking for effects comparable to THC but with decreased potency, delta 8 may be for you. However, if you seek relief from particular symptoms and don’t want to get plastered, you may want to try a whole-plant hemp product instead.

How to Dose Delta 8 THC

For most people, especially common or expert consumers, delta 8 will feel much more ineffective than regular THC. If you are new to cannabis, delta 8 could hit you strongly—it all depends on your body chemistry.

To give a sense of delta 8’s strength relative to THC, delta 8 edible producers generally measure and dose their gummies at more than double the strength of THC gummies:

In producing these standard gummies, producers calculate that delta 8 is less than half as potent as regular THC. So a 25mg delta 8 gummy might compare to the effects of a 10mg THC gummy.

Again, it’s necessary to note that very little study has occurred on Delta 8. We don’t know enough about how strong its effects are and how it affects the body. As with all cannabis goods, the chemical form of the cannabis, your body’s chemistry, sensitivity level, timing, and the amount you take all influence how you will feel.

We suggest taking a little bit at first and then wait for the onset of effects before consuming more. The consumption method will change how quickly you feel those effects. If you’re vaping delta 8, you should feel the results within ten minutes or less; if consuming edibles, wait at least an hour or two before consuming more.

Some state laws explicitly address delta 8 THC at this time. Most state laws that concern marijuana or cannabis use legislation covering marijuana, cannabis, THC, CBD, or delta-9 tetrahydrocannabinol. There are 11 states where delta 8 is illegal based on their state law. (See list under “Can I get delta 8 in the mail?”)

The federal Drug Enforcement Administration (DEA) has, in a suggested rule, indirectly labeled delta 8 THC as a Schedule I controlled substance. This would make it federally banned. That law is not yet final.

Delta 8 THC derives from hemp, not cannabis, which demonstrates why it sells in many states where cannabis is prohibited. To be more specific, nearly all delta 8 THC currently on the market comes from CBD obtained from federally legal hemp.

This process can be a little complicated because hemp is, technically, a cannabis plant that contains less than 0.3% THC. When we talk about “cannabis,” we’re usually relating to cannabis plants with a THC content of 0.3% or higher.

The 2018 farm bill, a federal law passed by Congress, approved hemp in the United States. That act describes hemp as: “All derivatives, extracts, cannabinoids, isomers, acids, salts, and salts of isomers, whether growing or not, with a delta-9 tetrahydrocannabinol concentration of not more than 0.3 percent.” This language causes delta 8 legal because it does not bear any delta-9 THC.

Still, some states have chosen not to embrace the farm bill’s specific language in their state laws. Making delta 8 illegal in certain states. Producers and retailers of delta 8 sell only to states with laws mimicking the farm bill’s language. Even then, some farmers may only sell to specific states based on their understanding of a state’s laws.

Additionally, in August 2020, the DEA issued an Interim Final Rule (IFR), a report meant to modernize and confirm the distinctions between hemp and cannabis. That interim law states, “All synthetically derived tetrahydrocannabinols remain Schedule I controlled substances.” This explanation would make delta 8 illegal because it is tetrahydrocannabinol that is extracted or synthetically obtained.

So whether the farm bill’s definition stands, which outlaws plants with more than 0.3% delta-9 THC, or the new IFR language is selected, which prohibits all tetrahydrocannabinols, will decide the fate of delta 8. The DEA’s IFR is open for review until October 2021, and until then, delta 8’s federal legality remains unclear.

Can I Receive Delta 8 in the Mail?

You can obtain delta 8 in the mail, depending on where you live. Delta 8 isn’t allowed in all states, and different sellers may choose not to ship to specific states because of its unclear legality. Be sure to check a producer’s website to see if they mail to your state. Surprisingly, states that have legal, adult-use cannabis laws don’t always support delta 8.

Commonly, producers will mail delta 8 to all states excluding these:

How is Delta 8 THC Made?

Delta 8 comes in small amounts in cannabis and hemp plants, and since hemp is legal to grow anywhere in the US and more readily available, the cannabinoid sources from that.

Generally, CBD is extracted from hemp and filtered into an isolate, and then CBD isolate is manufactured into delta 8. As such, delta 8 demands more processing and is more costly to make than CBD, but the high demand balances out this growing production cost.

How Can I Find Good Delta 8 THC?

As delta 8 is nearly new to the market, it may not be easy to find what they say they are and contain delta 8. When shopping for delta 8 goods, check out a producer’s website to see if they have info on how they source and produce their products.

Quality, tested products, like Hemp Lively’s, typically have a QR code or batch number on the case that allows you to look up test results on the producer’s website. Stay away from goods that aren’t tested or have unreliable test results, as you won’t know if they even include delta 8, and they could potentially contain toxic substances.

Unfortunately, Delta-8 will most likely show up on a drug screening! Typical urine cannabis tests look for THC metabolites. Since delta-8 THC produces when regular THC degrades, the compound is a specific target for drug screenings. The threshold for delta-8 metabolites is only 30 ng/ml.

We don’t recommend that you consume delta-8 products if you expect a drug screening in the near future. Cannabinoids, including delta-8, can remain in the fat cells for 30 days. Hair and fingernail-based drug test scans detect cannabinoids that have been consumed at least 90 days before the screening.

Can Cannabis Actually Help Someone with Eye Conditions Like Glaucoma?

What to Expect from Delta-8 THC: A Personal Diary

Can Fibromyalgia patients replace their pain medications with CBD?